First, a grain of hard truth about holding either rabbits or deer at bay: if they are hungry enough (usually during the winter),only tight fencing will keep them from feeding in your garden.

As a matter of fact, fencing is the preferred method of excluding deer in particular. The fencing need not be rigid; 6-8 ft. high netting will suffice. It can be stretched between trees and some types are nearly invisible, which really unnerves the deer. 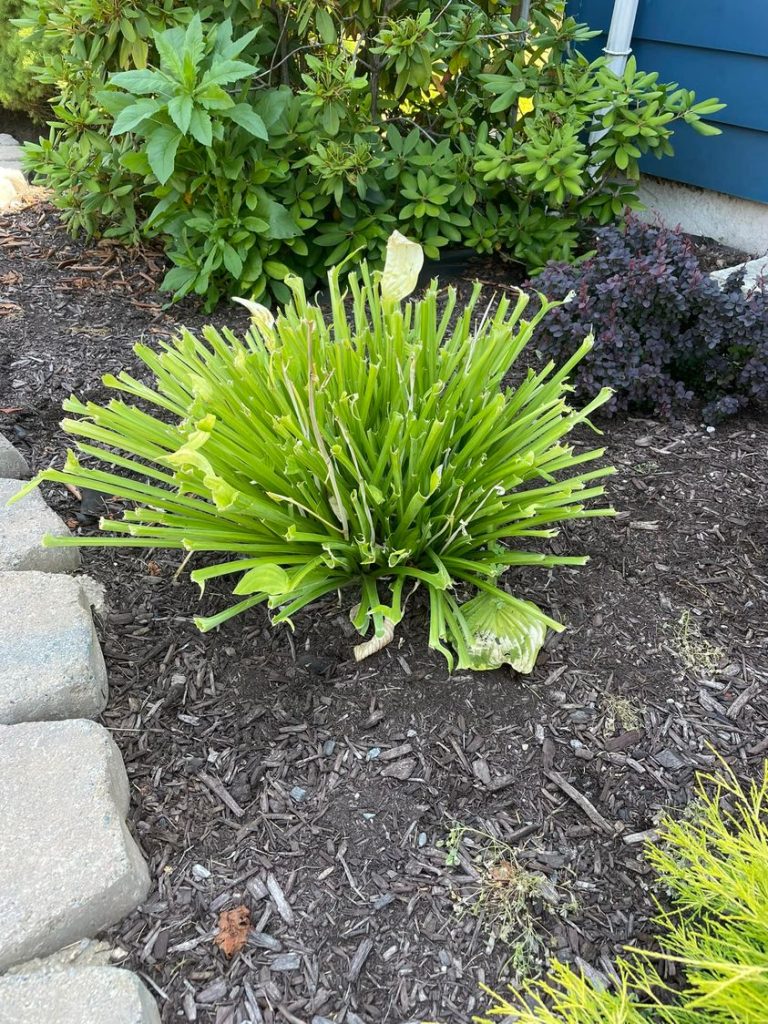 The metal tabs attached to the electric wire have peanut butter smeared on them. Once a deer touches the tab and receives a jolt (absolutely harmless but it really spooks the deer) he will avoid the bait and the fence in the future.

Some gardeners report that once the yearly crop of young deer have experienced the bait tabs, they can turn the fence off and it’s mere appearance will be enough to deter the deer.

If fencing is not a good option for you, repellants are the next best option. They are usually based on scents which warn deer (or rabbits) of the presence of predators. Some are sprays (like Liquid Fence) while others (like Green Screen) are solid material contained in porous bags.

Heavy or prolonged rain will diminish the effectiveness of all types of repellants. They must be replaced or renewed regularly. For maximum effect, it is also important to rotate such products so that the deer or rabbits do not become accustomed to the scent and begin to ignore it.

What should be obvious by now is that there is no effective solution that is a snap to implement. It requires effort and dilligence but it can be done.

An exciting new product available in the spring of 2011
Repellex USA has announced that it will offer a systemic form of deer repellent which uses pepper concentrate (capsicum) which will cause deer and even rabbits and mice to avoid protected plants.

It must be applied weeks prior to anticipated deer problems and the claim is that it will be effective for as long as three months. It is harmless to the plants and to animals but the claim of University of Minnesota.

Researchers is that it is highly effective. Repellex Systemic will hit store shelves in March and will be intially sold as a pellet which is buried in the root zones of nearby plants. If it is as effective as researchers claim, the new product will truly be a game changer for many gardeners.