Many different factors play important roles in the amount of sun hostas can take. I will try to address some of these issues below before putting together a list of sun tolerant hostas.

Hostas are really considered shade plants under normal garden conditions. Although they all need light to survive, they are not recommended for areas that get sun from morning to night. 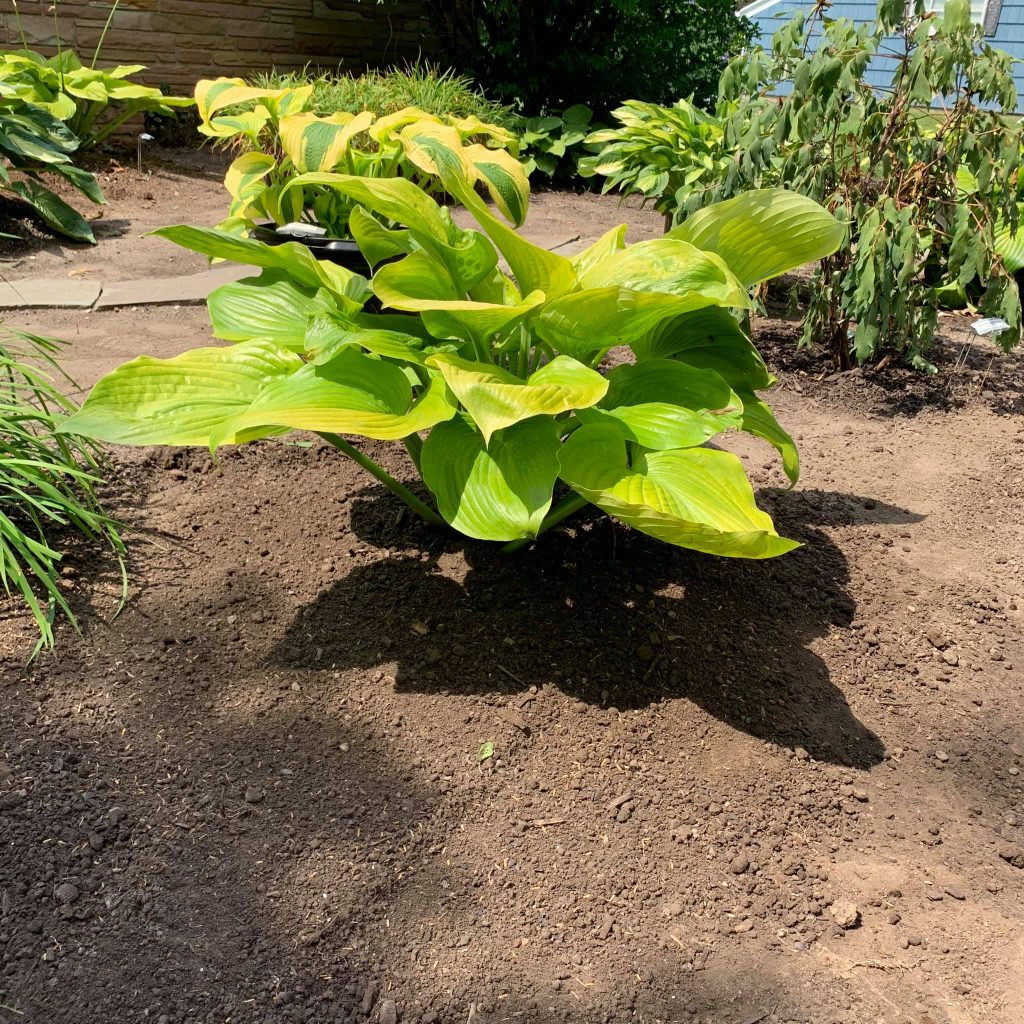 If you are thinking of adding hostas to this type of garden, consider some taller plants such as ornamental grasses or even shrubs to cast some shade over them. This is especially important during the hottest part of the afternoon and evening when the sun is most intense.

Hostas grown in the Pacific Northwest can take quite a bit of sun since the temperatures are not as high as other areas of the country and there is usually more moisture and humidity. The same is true for the Midwest although higher temperatures mean hostas may need supplemental moisture.

Southern exposures should be avoided since they have the most intense heat and sunlight. Unless you can provide extra shade and moisture, you will want to choose other plants for these sights.

A southern exposure should especially be avoided in the Southern states since the soil temperature may not get low enough in the winter to provide an adequate winter dormancy period.

Hostas may acclimate their foliage to new sun levels. If you move a hosta that was growing in very dense shade, such as a greenhouse, to an area with lots of sun, the foliage will almost always burn.

New foliage, however, may emerge more sun tolerant. In our experience plants such as Fair Maiden and Fire & Ice will produce smaller but much thicker leaves in 3 or 4 hours of morning sun compared to no sun. If, in time, these plants start to burn again, then they have been moved into too much sun, so steps should be taken to water more or provide some additional shade.

The more sun your hostas are in, the more moisture it will need. Hostas transpire large amounts of water through their leaves, and will lose even more water in more sun. Additionally, the soil will dry out faster in the sun, so water your hostas often and water them deep.

Hostas in the wild receive about 1 1/2 inches of water per week. Grown in the shade they can tolerate less moisture, but in the sun may need more. Gardens on slopes or in high wind areas can dry out even faster, further complicating a sunny area.

Some circumstances can increase the possibility of sunburn. Sunlight reflected off water or windows can cause the light to be more intense. Heat reflected off rocks or bricks can cause a hosta and the surrounding soil to dry out faster. Water forming pools or droplets on leaves can magnify sunlight, causing burn holes or patches.

With those factors in mind, here are some hostas that will be more sun tolerant than others. Your results may vary, but these should provide a good starting point. I did not include blue hostas since the blue color will always melt away in the sun, even though they might be sun tolerant.